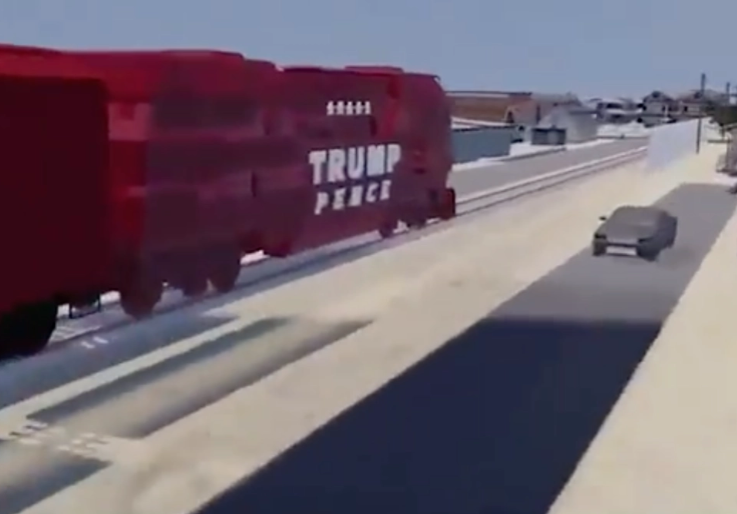 Eddy Grant hits Donald Trump with copyright infringement claim over misuse of Electric Avenue
US president Donald Trump has upset a number of musicians by using their music as part of his reelection campaign without their permission. More than 50 big name artists sent an open letter to both the Republican and Democrat parties asking that they stop using their recordings for political purposes. However, the misuse has continued. Neil Young, a longtime critic of the president’s use of his work filed legal action in August at a New York federal court to try and prevent any more performances of his tracks at campaign rallies. Also in August, Eddy Grant filed a claim at the same court following the use of his biggest hit Electric Avenue in a video poking fun at the Democrat nominee Joe Biden. In a court filing, Grant, who is the owner of the master rights in the track, said the Trump team had not applied for a license to use any of his music and no permission to include the track in the video was granted.

Tough few years ahead for BUMA/STEMRA as record decline set to follow new high for collections
Dutch authors’ societies BUMA and STEMRA are expecting a difficult few years for rights collections with the COVID-19 crisis tearing a hole in the budget set at the beginning of this year. Restrictions placed on consumer movements and the shuttering of the live sector will see combined collections for the societies fall this year, perhaps to the lowest level for 10 years. Distributions are also expected to take a hit. The depressing assessment follows a record year for collections and distributions. Receipts for BUMA topped the previous year’s high and despite mechanicals shrinking around the world, STEMRA registered a flat year with rising digital and private copying receipts almost offsetting declines in broadcast and phono income.

How China will determine the shape of Africa’s music streaming sector
While Africa lags behind in the take-up of music-steaming services, there are signs that Africans do have appetite for such products. The continent has spawned a number of digital music startups, with entrepreneurial Nigeria now something of a powerhouse in the space. Boomplay, which has more than 70 million users and is growing its base apace, is leading the charge and can count on the support of leading Chinese technology companies. It’s not alone. Chinese giants Tencent and Huawei are also rolling out music streaming services in the region and, together with Boomplay backer NetEase, will ensure that Sub-Saharan streaming will have something of a Chinese flavor, at least in the back rooms. Clearly, low incomes and high levels of piracy are barriers to growth, but Africa’s new players would do well to learn from the Spotify play book if they want to make headway in paid-for music.